In 1926 Lewis Reed, the founder of Reed Brothers Dodge, and his wife Ethlene built a craftsman-style house in Gaithersburg Maryland, at what is today 301 North Frederick Avenue. This page will highlight the history and characteristics of Lewis Reed’s family residence which is listed on the Maryland Inventory of Historic Properties as the Lewis Reed Residence. (click on images to enlarge)

This popularized craftsman-style residence occupies one lot of an original two lot residential parcel in the newly plated and prestigious subdivision of “Realty Park” in Gaithersburg. Planned during post-WWI optimism on land originally owned by the Gaither family, Realty Park’s Gaithersburg owners suffered economic hardship during the 1920s and the Great Depression in the 1930s. The parcel was subsequently divided back into two lots and #301 was built by Lewis Reed, a Rockville businessman who managed to weather the hard times. The history of this parcel is a mini-history of Gaithersburg from 1920 to 1935.

“Realty Park” was platted in 1919 by the Gaithersburg Realty Association, on land purchased from Herman Rabbitt who inherited the former Gaither property from Emily Cecil Rabbitt, the grandniece of James B. Gaither’s wife, Virginia, and Gaither’s supposed onetime fiancee. Realty Park fronted North Frederick Avenue, Gaithersburg’s main street, and it was intended to be a prestigious development. Many of its early deeds carried covenants limiting the minimum cost of the dwelling, establishing a frontage of 20 feet, side yard of 10 feet, and included a clause limiting resale only to those of “Caucasian Race”. On December 9, 1920, two of the most prominent lots, #20 and #21, on North Frederick Avenue were sold to Henry H. Fraley. On March 23, 1923, Fraley relinquished lot #20 back to Gaithersburg Realty to satisfy a Judgment. It was subsequently sold to Lewis and Ethlene Reed on March 9, 1926.

Lewis Reed was an enterprising young man who put his future in the fledgling automobile industry. In 1916, Reed purchased 6 lots in Rockville and started a garage and automobile dealership with his brother which became Reed Brothers Dodge, a business which the Reed family, through daughter Mary Jane and her husband, Lee Gartner, continues today. Shortly after purchasing lot #20, Reed built this craftsman house for his family. The house, unlike its neighbor on the divided parcel, was stylish for its period and constructed with the best materials. Originally, the house featured slate roof, pebble-dash exterior, and a graceful entrance via double front stairs flanked by curved balustrades extended from the front porch.

Mr. and Mrs. Reed were avid gardeners and the large lot soon became a showplace. Many of the older yards in this area feature flowers and shrubs grown from cuttings and seed shared by the Reeds. Mr. Reed was also a talented photographer and many of his early photographs are now part of the Montgomery County Historical Society photo archives.

The Maryland Historical Trust State Historic Sites Inventory Form below provides a description of the property and discusses its history. 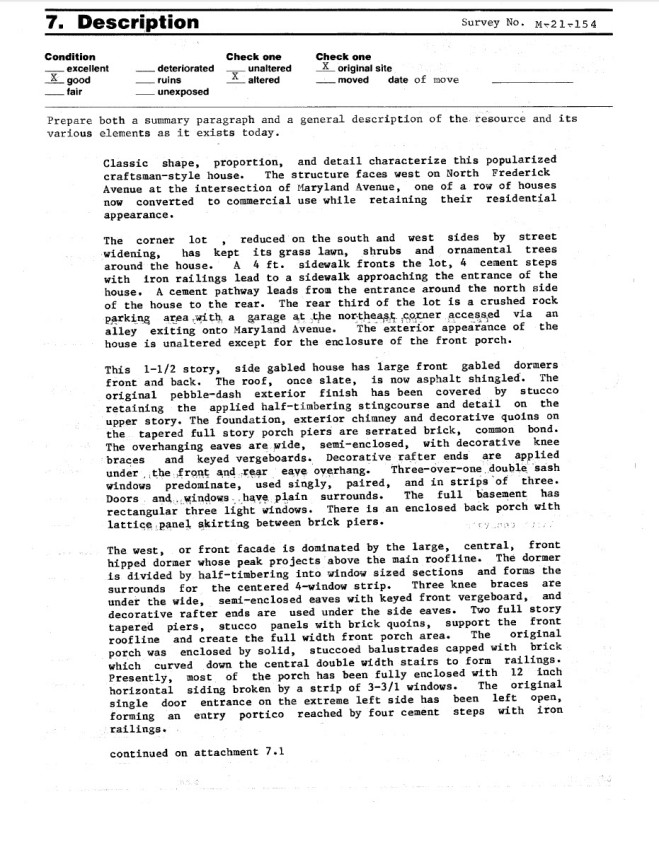 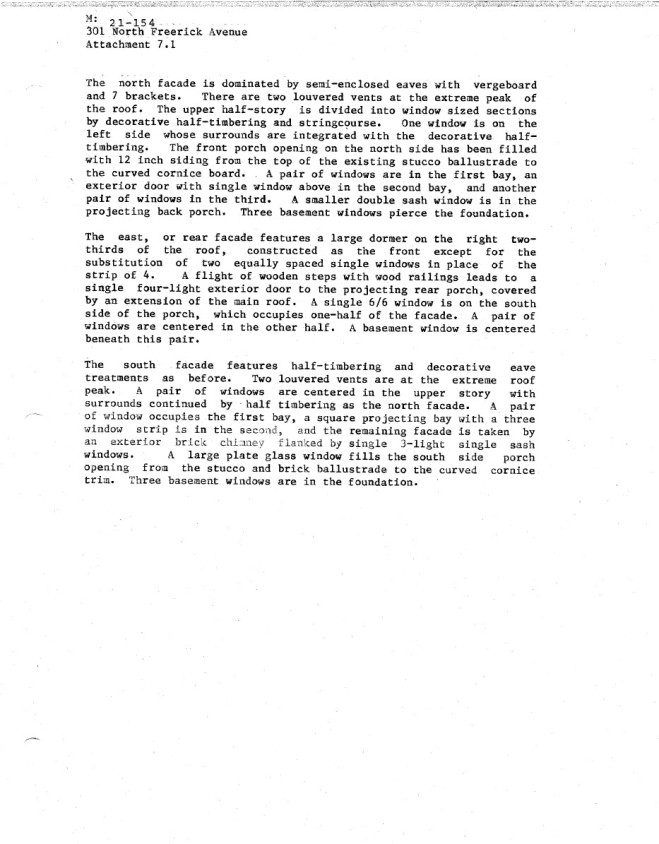 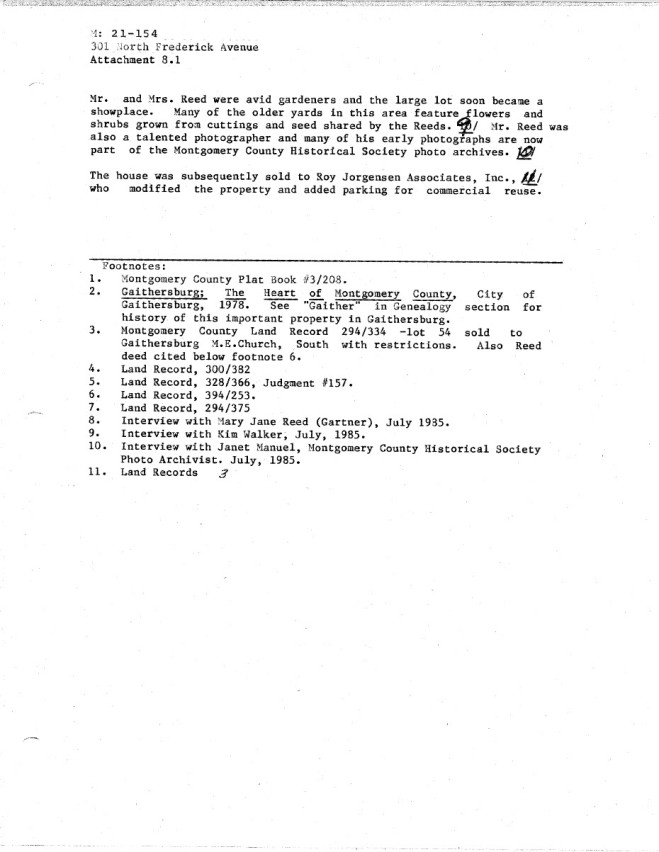 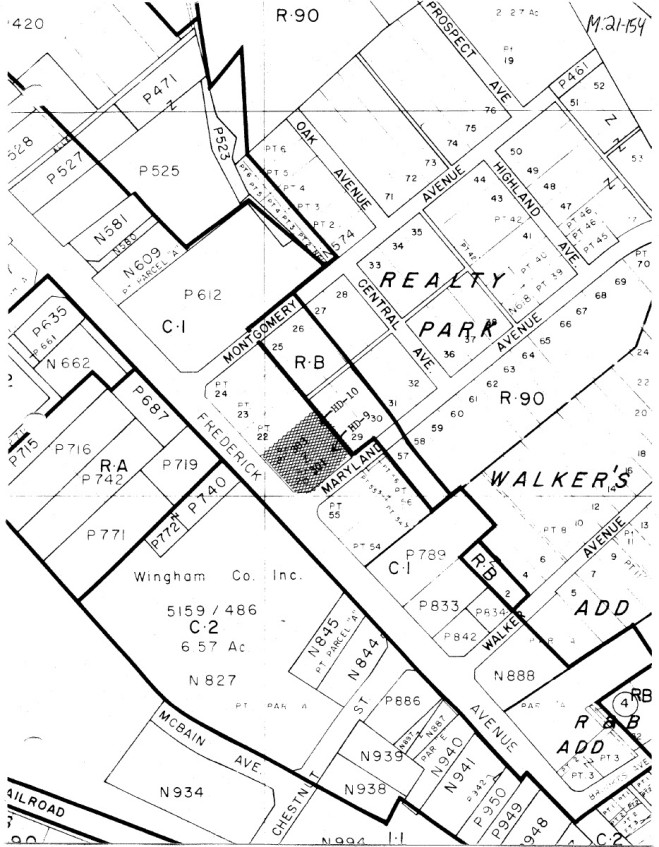 From a directory of vintage bungalow floor plans, the image below from the Aladdin Readi-Cut Homes catalog shows The Brunswick, published in 1920.

The Brunswick – Aladdin Kit House similar to the Reed residence