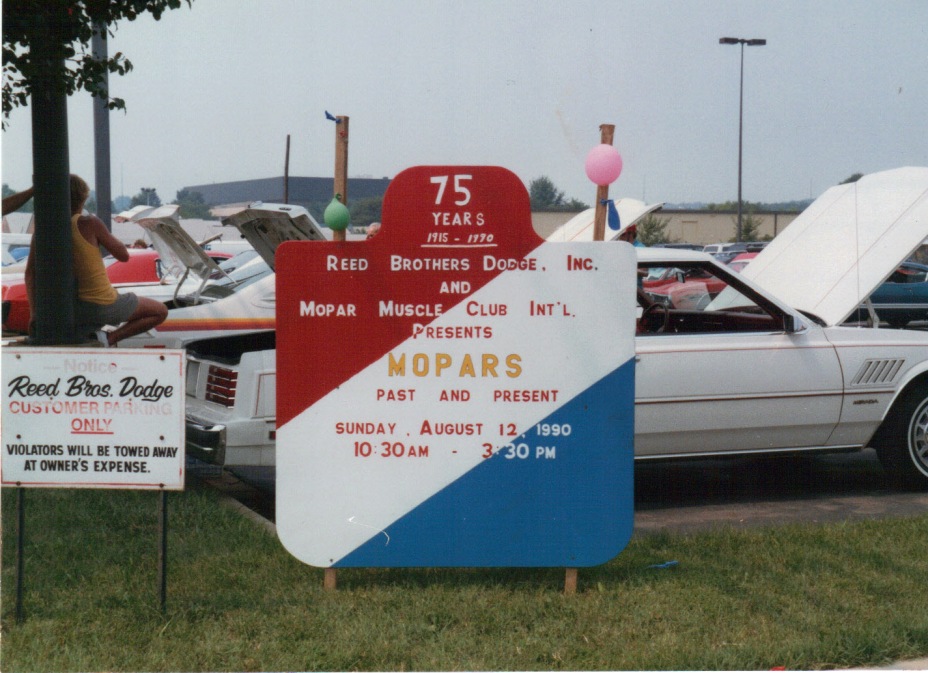 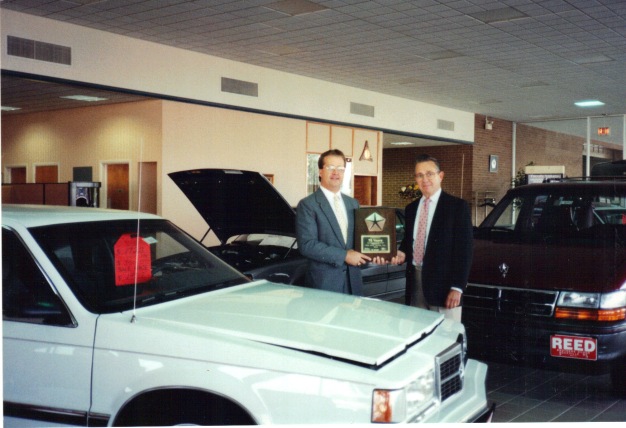 Reed Brothers service has always been highly rated, so when Daimler-Chrysler instituted the Five-Star designation for its elite dealers in 1997, Reed Brothers immediately was awarded its 5 stars. Reed Brothers  maintained that rating as long as it had been a Dodge dealer.

When the Washington Center for the Study of Services investigated 400 automobile repair facilities to recommend the best in the area, using as its criteria both quality of service and price, Reed Brothers Dodge was one of the few automobile dealers recommended for service by the Center. 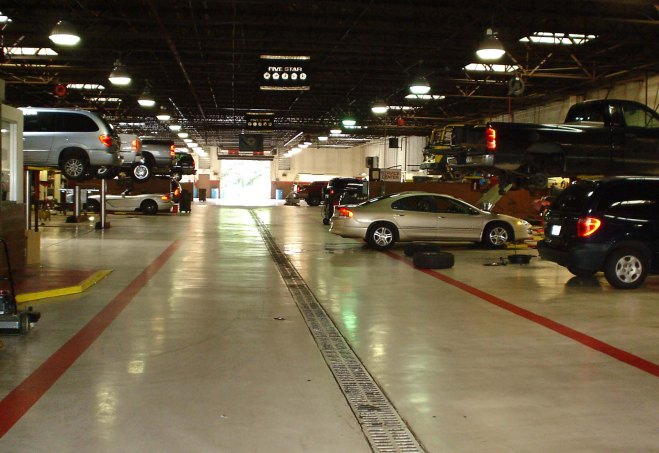 Over the years, Reed Brothers has added numerous awards to their credit including: AAA rating by Washington Consumer Checkbook publication that rates top service and body shops. Chrysler’s Five Star Award for excellence and many other Chrysler dealer awards. 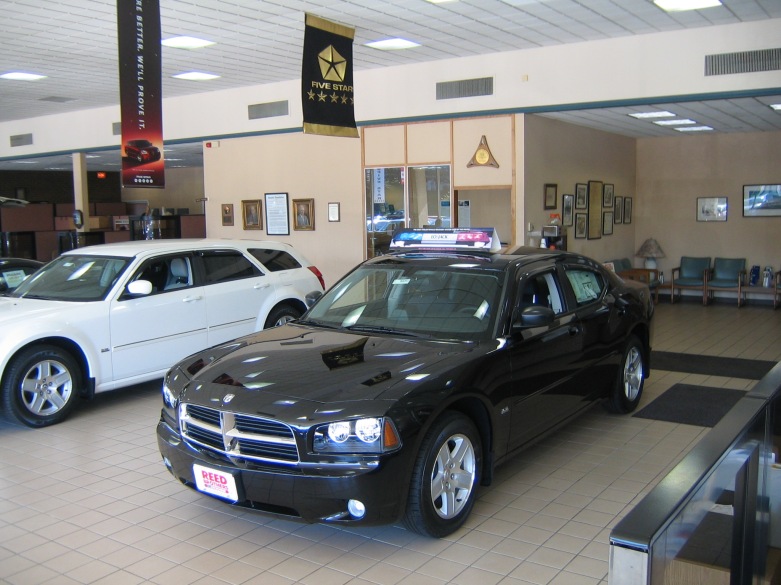 In 1998, Daimler acquires Chrysler in a stock swap for $26 billion. Under DaimlerChrysler, the company was named DaimlerChrysler Motors Company LLC, with its U.S. operations generally called the “Chrysler Group”.  Chrysler, plagued with slumping sales and quality issues, is trying to restructure its way to profitability after a $680 million loss. Reed Brothers survives this setback as well.

Reed Brothers Dodge produced a commemorative brochure to celebrate their 90th Anniversary with Chrysler. For any family business to make it 90 years and three generations is akin to Olympic Gold. How did they do it? Lewis and Edgar Reed had a motto: “Treat your customer as your friend and always do what you promise.”

In 2007, Cerberus Capital Management buys Chrysler for $5 billion. Soon after, America’s economy slid into recession. Due to poor sales and debt, Chrysler had to declare bankruptcy. The federal government intervened and eventually Dodge came under control of Fiat, a European automaker known for its small cars, an area where Dodge’s entries had been roundly criticized for mediocre build quality and unrefined performance.

In 2008, sales tanked 30%. With gasoline at $4 a gallon, big cars and trucks – Chrysler mainstays – were barely selling. Chrysler and General Motors Corp., once the world’s largest automaker, were running out of cash. They begged the government for help. With the company nearing financial collapse, President Bush agrees to lend Chrysler $4 billion.

In 2009, Chrysler files for Chapter 11 bankruptcy protection.  On May 14, 2009, Chrysler left 789 dealerships, about a quarter of its dealer base, out in the cold by rejecting their franchise agreements and giving them about a month to sell all their remaining new cars, factory parts and service equipment.

Whether a franchise is run by a second- or third-generation dealer, or is older than even Chrysler itself, didn’t seem to matter when Chrysler decided to cut dealerships ranks during their 2009 bankruptcy process. After almost 95 years selling Dodges, Reed Brothers was one of the 15 dealerships in Maryland and 789 dealerships nationwide notified by Chrysler that their franchise agreement would not be renewed.

Lee Gartner passed away June 13th 2009.  Though Lee Gartner later ceded control to his sons, he rarely missed a day of work in almost 60 years. Until his untimely death in June 2009, he was a fixture at the dealership and could be seen around just about every day. He greeted friends and customers in the showroom as he did for almost half a century.

The unraveling of the family business began on May 14, 2009: 26 days until court-ordered closure for the tattered but stubborn local landmark. A UPS envelope arrived at the dealership around 9:30 am. Five paragraphs on a form letter sent by Chrysler ordered Reed Brothers Dodge out of business by June 9, 2009.

“We wish there was a better way,” the letter from Chrysler said, “but there isn’t. We are grateful for the support you and your company have provided Chrysler over the years and we wish you the best under these circumstances.”

The letter went on to say, “After rejection, we want to work with you to assist in the redistribution of new vehicles and parts to ease the burden on you.”

Last of 2 unsold cars roll off the lot

Chrysler would not buy back any of the new cars and trucks that Reed Brothers had bought from its factory and put on their lot. During the worst economic downturn in almost 80 years, Reed Brothers Dodge had to sell, in 26 days, every new vehicle on its property. At the same time, the owners of Reed Brothers also had to map out a new game plan. Would they be able to retain their employees? The recession was purging hundreds of thousands of people a month from payrolls. Nothing was certain.

During this time when many car dealers had to close their doors, Reed Brothers drew on its traditions, got creative, and managed to come up with the right stuff to survive. The signs standing outside on Rockville Pike still said Reed Brothers Dodge, but inside, a new business was forming: Reed Brothers Automotive.

A business landmark in the Rockville area since 1915, Reed Brothers underwent a change in its structure – and its name – but still catered to the local community as it had for decades. Reed Brothers changed its name from Reed Brothers Dodge to Reed Brothers Automotive, and continued on as a used car dealer and repair shop until 2012.

After three generations and over nine decades of serving Rockville and the Montgomery County area, the owners of Reed Brothers would like to thank the support provided by many generations of loyal customers, their dedicated employees and their families, the surrounding community, schools, organizations and churches they have had the privilege to serve over the last 97 years.